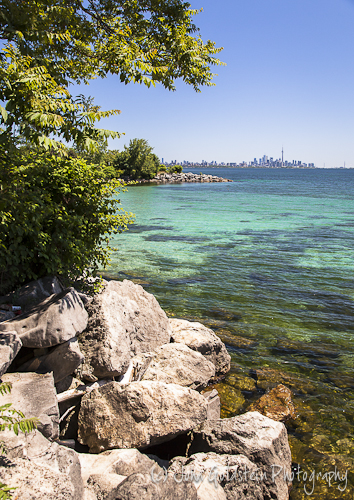 Welcome to TLTV’s 100th episode! I’m glad you are with us and hope that you have enjoyed yourself so far. I’ve got much, much more of The GTA to cover, so stay tuned!

In this episode we are going to take a look at two new additions to Toronto’s waterfront — The Wave Deck and HtO Park.

Toronto has always had a spectacular view of Lake Ontario, but it’s waterfront has historically been neglected. People wishing to spend time by one of the largest lakes in the world instead have found industrial storage lots, refineries, and lots of garbage. All that started to change a few years ago, and the latest additions are helping to bring people back down to the waterfront.

The Wave Deck is one of three planned wave decks for the waterfront. Judging from the smiles on the faces of the kids sliding down the slopes of the Wave Deck, it’s a smashing success. Aesthetically, the Wave Deck’s design is meant to mirror the waves of the lake as well as the curvatures of the shoreline, but try telling that to the kids in this video! They are simply enjoying themselves, and that’s what it is really all about, isn’t it?

Also on today’s agenda is a visit to another new addition to the waterfront – HtO Park. The park is an “urban beach” and is located just steps from Harbourfront Centre. The park begins with rolling green hills and a few trees, with paths meandering throughout. The paths lead to the park’s standout feature — a large sandpit that holds Muskoka chairs and enormous yellow metal umbrellas. At night the hills of the park are nicely illuminated by lights.

With a spectacular view of Lake Ontario and the Toronto Islands to the south, as well as the CN Tower and Skydome to the north, HtO Park is nicely situated. The only drawback is that swimming is not allowed in the park, but that doesn’t seem to matter to the huge number of people enjoying the park on the day I experienced it. There were simply people everywhere — sunbathing, throwing a frisbee around, or just having a family picnic.

After many years of neglect, Toronto’s waterfront is starting to become the kind of place that people want to experience. Let’s hope that the city keeps adding new and exciting things to the waterfront for years to come.

Welcome to TLTV’s 100th episode! I’m glad you are with us and hope that you have enjoyed yourself so far. I’ve got much, much more of The GTA to cover, so stay tuned! In this episode we are going to…