Osgoode Hall opened in 1832 and remains a Toronto landmark and the hub of legal life in Ontario. It currently houses the Ontario Court of Appeal, the Divisional Court of the Superior Court of Justice, and the Law Society of Upper Canada. The building also housed the Osgoode Hall Law School until 1969 when the faculty was relocated to the campus of York University in the North York community of Toronto.
The six-acre site at the corner of Queen Street West and University Avenue was acquired by the Law Society in 1828. At the time, the location was on the northwest edge of the city, which has since grown around the building. The building now sits in the heart of downtown Toronto.

Between 1838 and 1843, the hall was turned into troop barracks. When the Law Society regained possession in 1844, an expansion was designed and the West Wing and Library were built. From 1855 to 1857 the building was refurbished and enlarged again to accommodate courts with the original 1829 building becoming the east wing. From 1880 to 1891 the building was again expanded twice in order to accommodate the law school.

Despite the expansions, the hall presents a unified design in the Palladian style. The iron fence surrounding the lawns of Osgoode Hall has become a landmark in itself. Its distinctive iron gates are narrow and restrictive; it is a long-standing myth that they were designed to keep livestock out of the grounds of the hall and in the 1950s students did attempt to pass a cow through one of the gates (they failed). The gates were likely due to Victorian architectural fashion, rather than wandering cattle.

Two libraries are housed within Osgoode Hall: the Great Library of the Law Society of Upper Canada and a smaller library for judges. A War Memorial was added to the library in honour of the Canadian war effort. Behind the Great Library is the American Room, a more intimate room with a spiral staircase.

In this episode we will get a look at the building’s facade before venturing inside. We’ll see the Rotunda with its ornate tile floor and the memorial statue in the middle of the room. Then we’ll head further inside to see the spectacular Great Library and American Room. We’ll see smaller rooms like the Bencher’s Reception Room and the Convocation Room before entering another grand room, Convocation Hall. We’ll finish by visiting the courtrooms and watch as people from all over get to take their turn behind the bench.

Osgoode Hall opened in 1832 and remains a Toronto landmark and the hub of legal life in Ontario. It currently houses the Ontario Court of Appeal, the Divisional Court of the Superior Court of Justice, and the Law Society of… 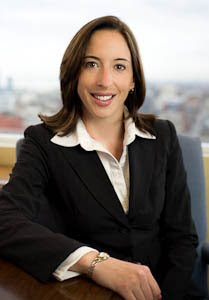